A couple of months ago, we saw this tweet: 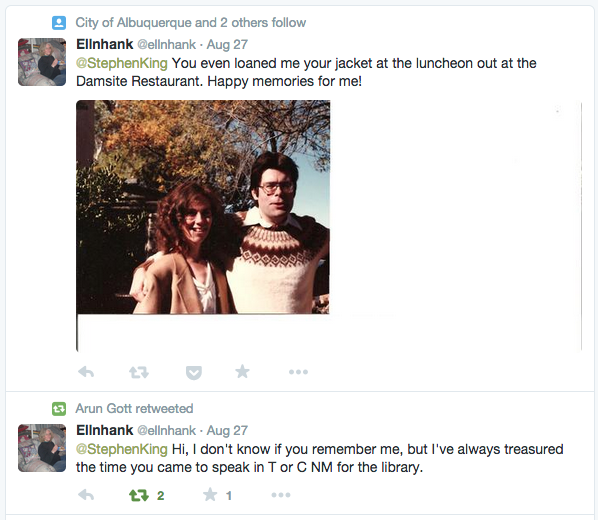 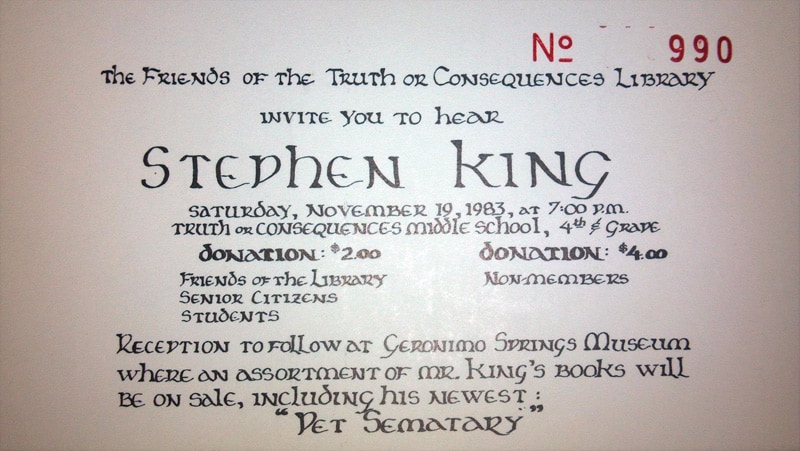 It was a lead we’d hoped would come along one day—related to a couple of jpegs we’d run across and saved—one of a ticket stub, another of Stephen King with a St. Bernard.

We made contact with the tweeter, former T or C Librarian Ellanie Sampson, and shared the ticket stub. She’d lettered that ticket herself.

She also shared her collection of clippings, several of which are shown below. 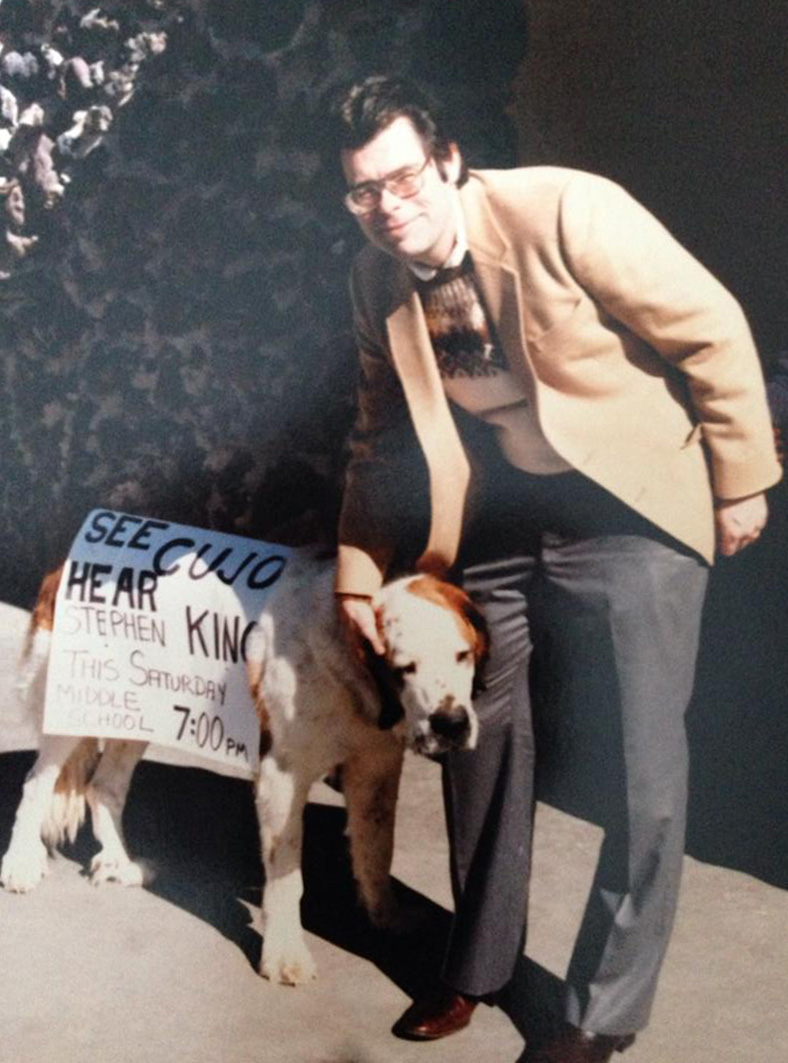 November 19, 1983—declared “Stephen King Day” by mayor-at-the-time Elmer Darr—was “bright and crisp” according to Sampson. No surprise there; fall in Sierra County is generally “bright and crisp” and a wonderful time to visit, made better still if you are a hot spring enthusiast.

Mr. King was treated to a full-on Sierra County experience during his few hours here. After popping in to the Truth or Consequences Library, he met folks and signed books at the Pilot Club’s All Day Craft Fair at the Civic Center.

King consumed his first New Mexican enchilada at the Civic Center, and later, at the scenic Elephant Butte Dam Site Recreation Area, enjoyed a meal prepared by the Chamiza Cowbelles, complete with home-baked cakes decorated with the titles of his books.

And oh, what books! At the time of his visit, he’d published Carrie, ‘Salem’s Lot, The Shining, The Stand, The Dead Zone, Firestarter, Cujo, and Pet Semetary.

After his brief tour of the area, during which he “commented frequently on the scenery” (and yet no book was inspired? some things just don’t make sense) King drew an appreciative crowd at the Middle School. 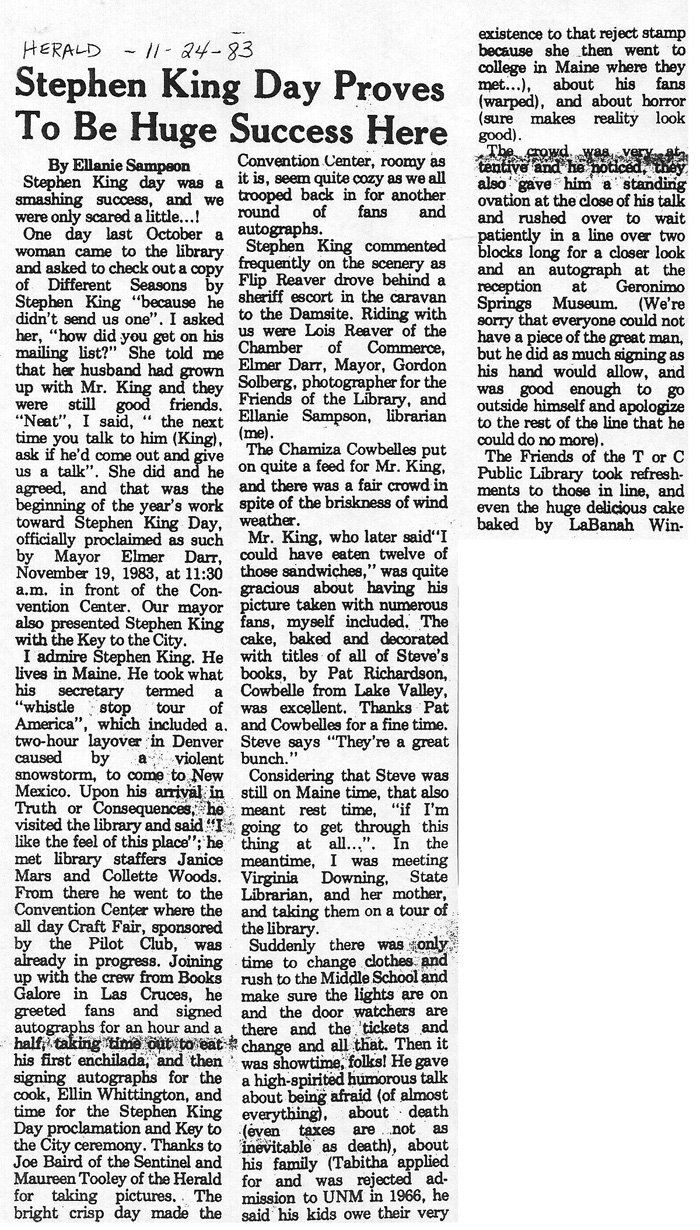 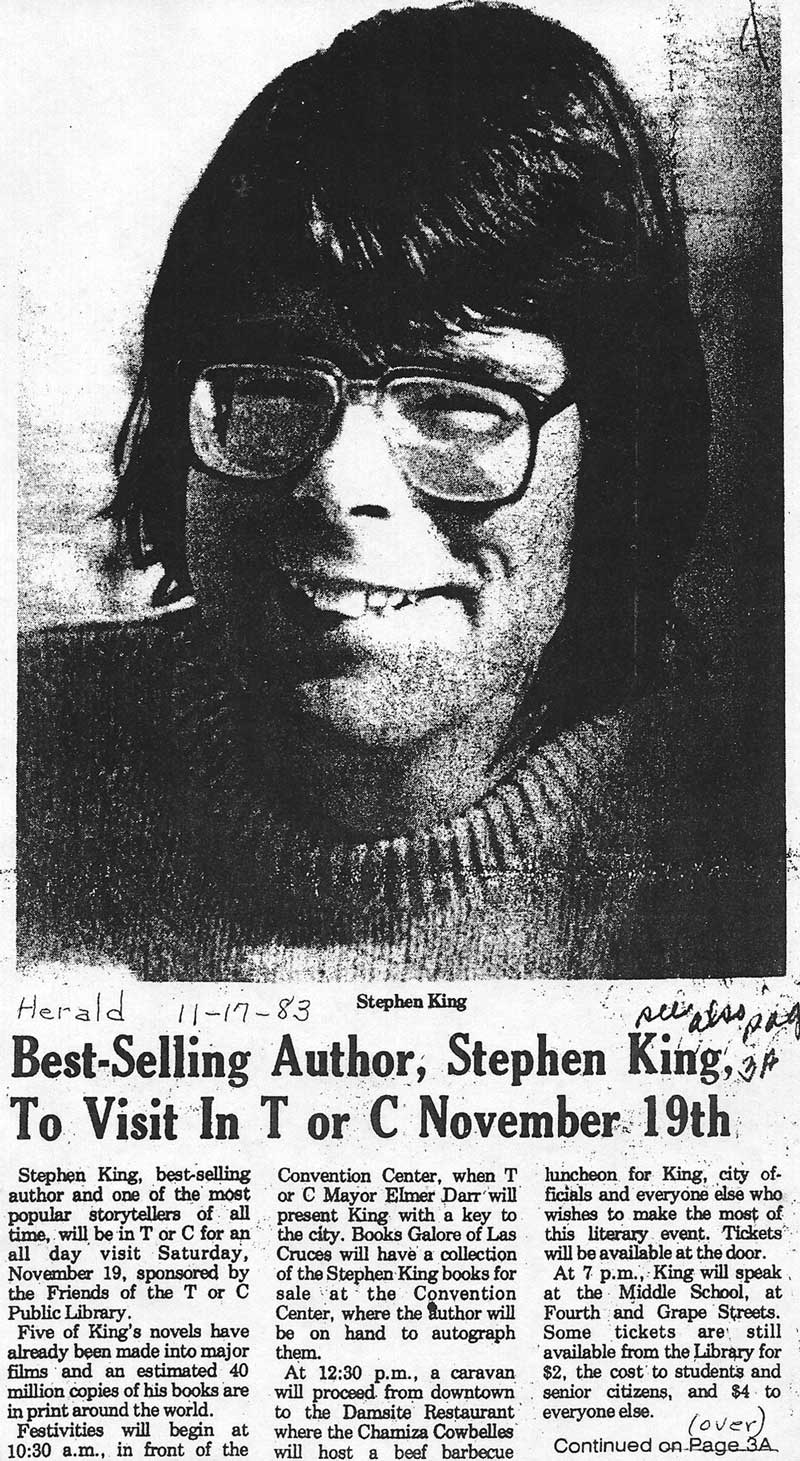 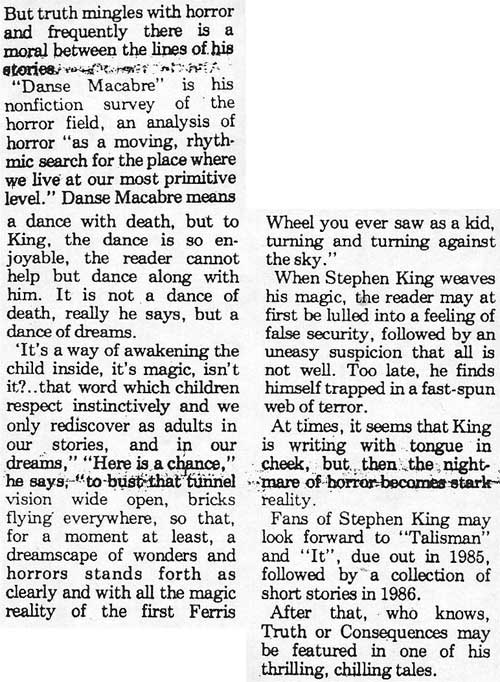 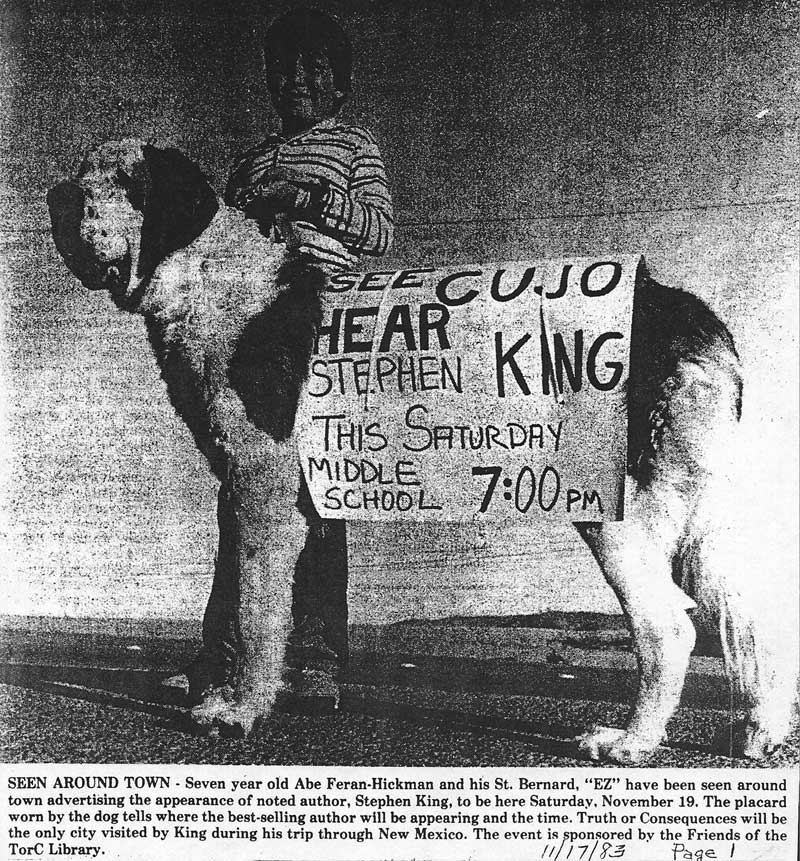 Many thanks to Ellanie for these clippings.