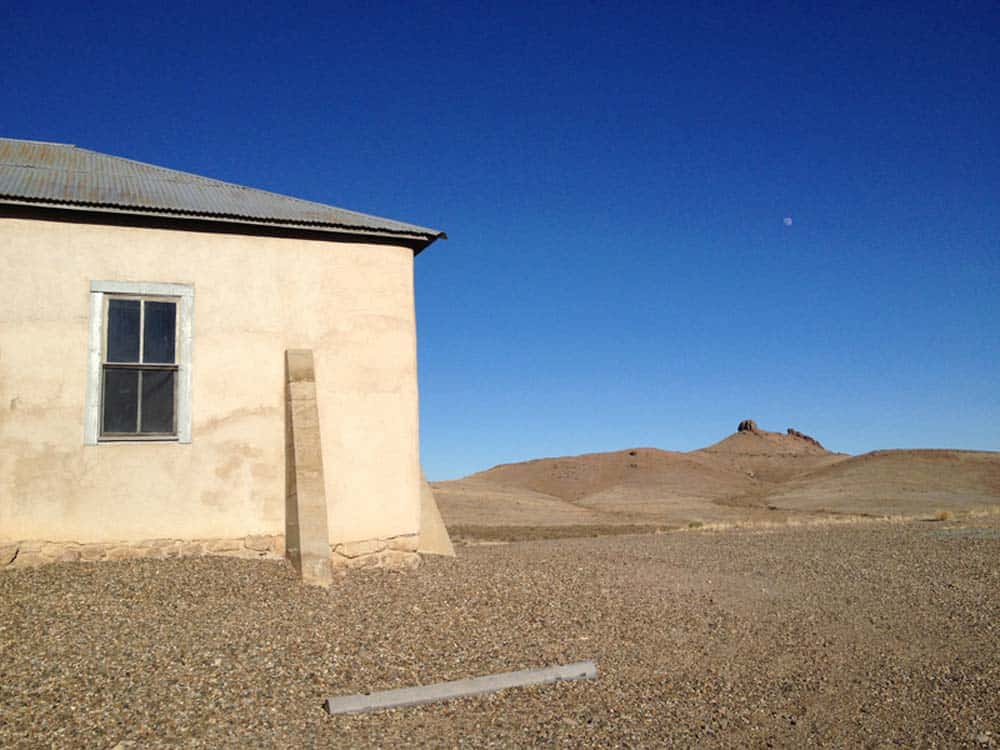 Lake Valley New Mexico was named for ancient lakebeds nearby.

Founded in 1878 with the discovery of silver in the area, the town moved twice before settling at its present site when the Bridal Chamber Mine was discovered in 1882.  The subterranean mine produced 2.5 million ounces of silver ore so pure it was shipped unsmelted to the U.S. Mint.

A stage stop and railhead, Lake Valley grew to 4,000 people, with saloons, churches, newspapers, a school, stores, and hotels to serve them.  Like the area’s other gold and silver boomtowns, the devastating silver panic of 1893 wiped out the town, while a fire destroyed Main Street in 1895. 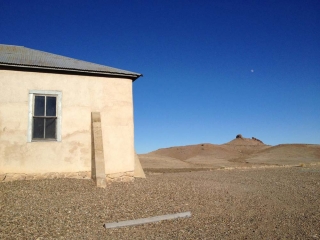 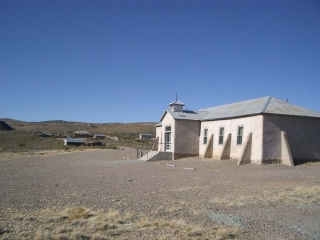 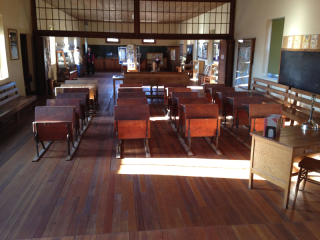 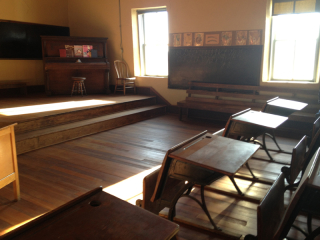 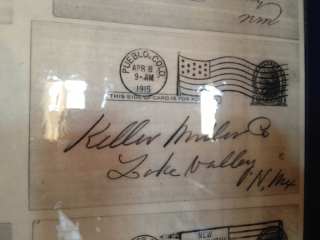 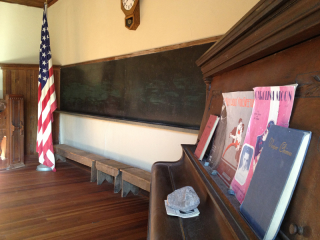 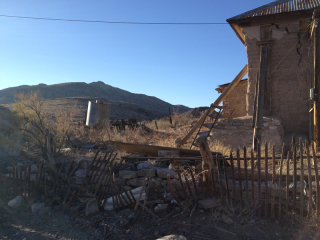 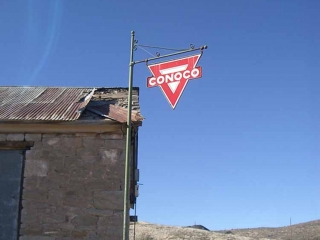 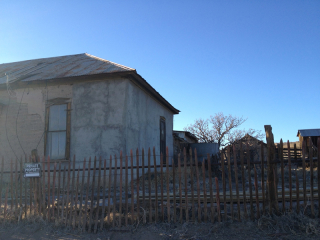 Manganese mining led to a short revival which had ended by 1955. The last permanent residents left in 1994, leaving behind a true ghost town.

Walking tours of Lake Valley are available from 9-4 every day except Tuesday and Wednesday, courtesy of the Bureau of Land Management. The Lake Valley townsite includes a chapel built in 1920, several old homes, the cemetery, and the old schoolhouse, which was built in 1904 and used until 1960.

More information on the walking tour is below. The site may be accessed on foot on Tuesdays and Wednesdays, but no docents or employees are on hand, and the schoolhouse and chapel are closed.

In 2015, the New Mexico Abandoned Mine Lands Program completed a ten-year reclamation project that shored up many of the approximate 297 abandoned mines around Lake Valley. read more 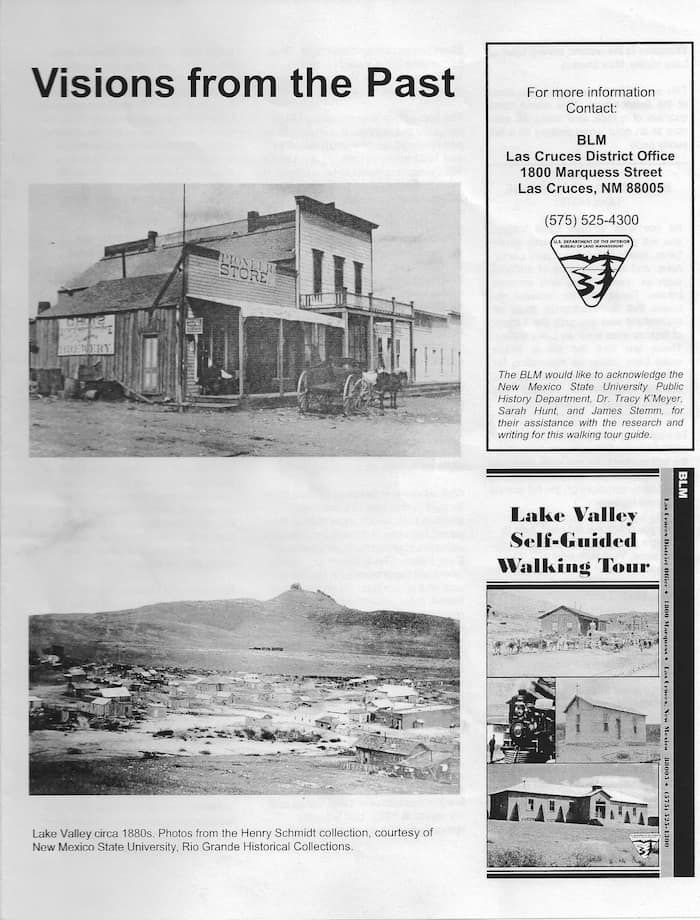 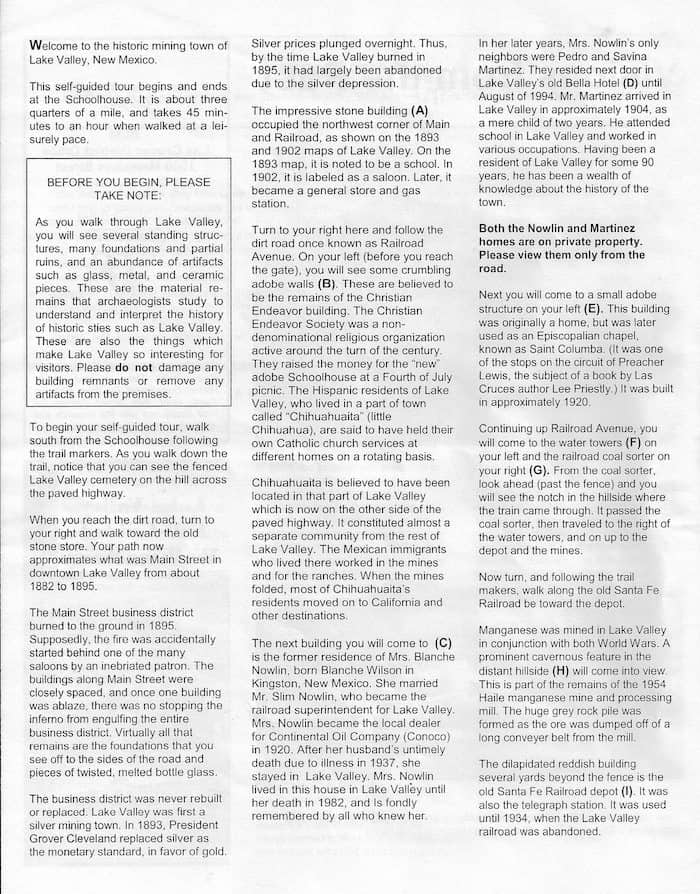 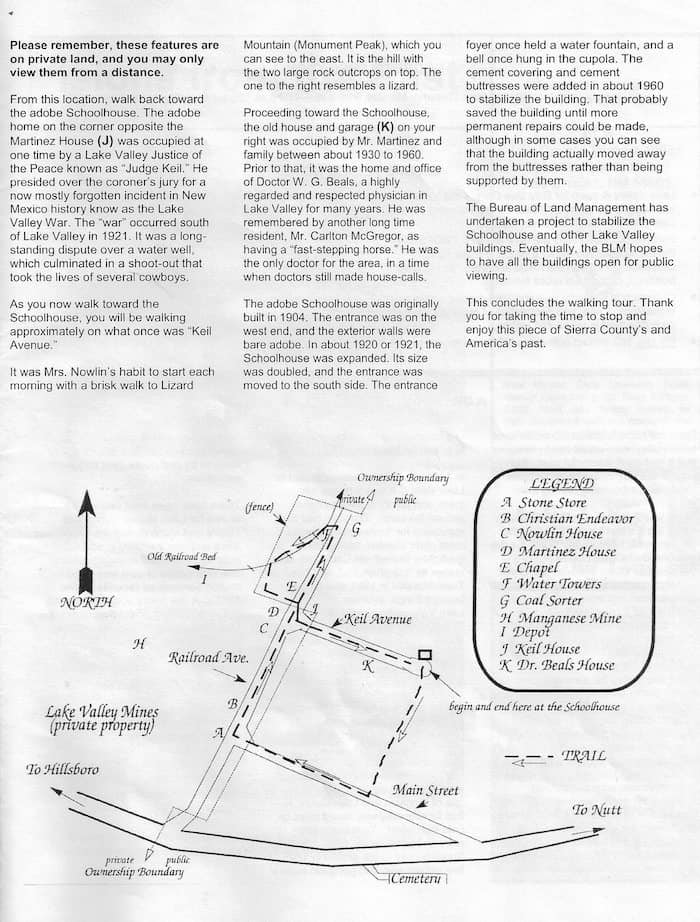 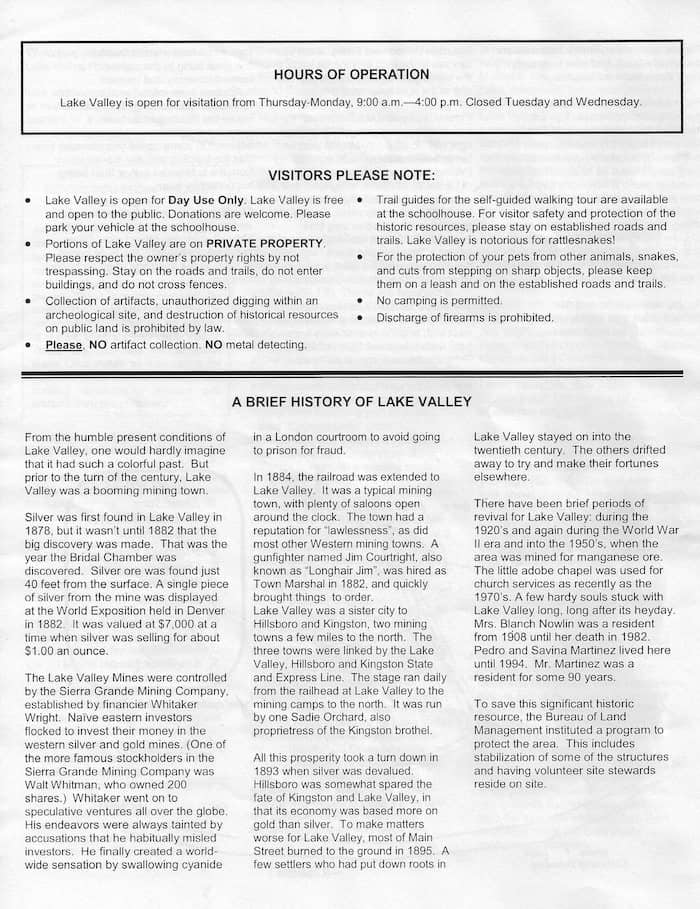 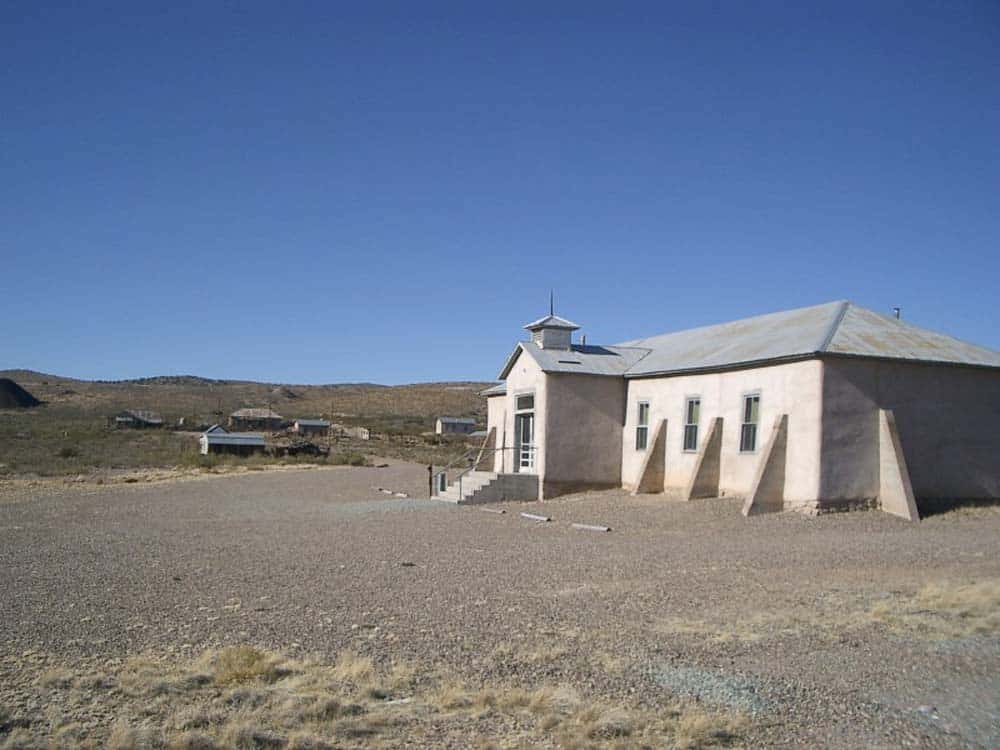