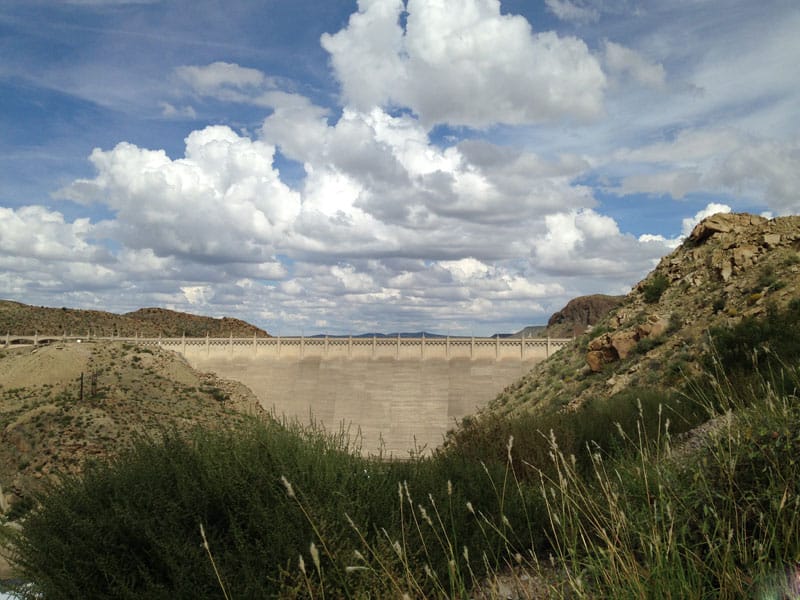 Construction of Elephant Butte Dam was authorized by the United States Congress on February 25, 1905.

The US Bureau of Reclamation built the dam to provide flood control and irrigation down-river. Construction began in 1911 and was completed five years later, in 1916. Water storage began a year before construction ended, in 1915.

Upon completion, Elephant Butte Dam was reported to be the largest irrigation enterprise in the United States.

The 24,300-kilowatt hydroelectric power plant at the base of Elephant Butte Dam began operating in 1940. The dam’s spillway was first tested in 1941, and was used again in 1942. The spillway would not be utilized again until 1985.

The largest body of water in New Mexico was created by the construction of this Dam. Even at its lowest levels, Elephant Butte Lake is large enough to enjoy an array of recreational opportunities – boating, fishing, paragliding, and exploring its miles of shoreline.

The Elephant Butte Dam overlook is easily accessed and well worth the trip if you are visiting Sierra County. The Dam itself has been officially closed to foot traffic since September 11, 2001, but for the last several years it has been open for walking on the first day of each year, as part of New Mexico State Parks’ First Day Hikes program. 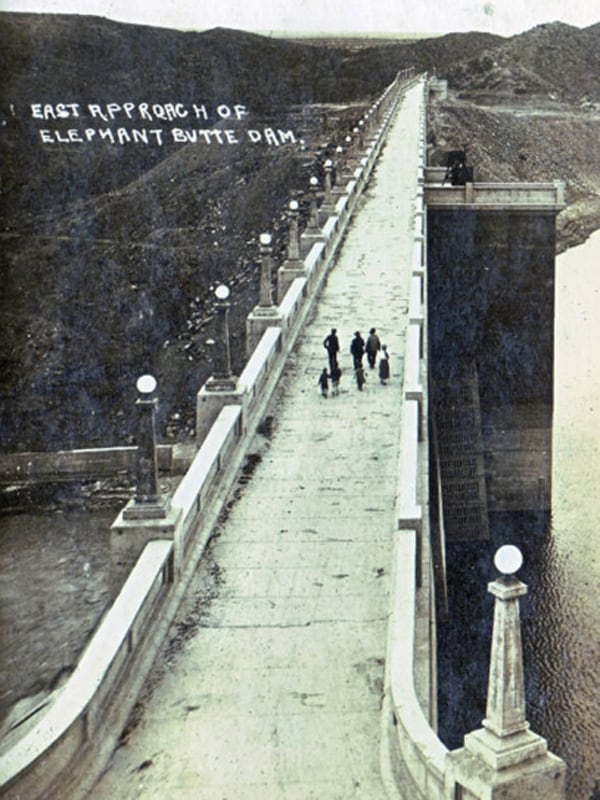 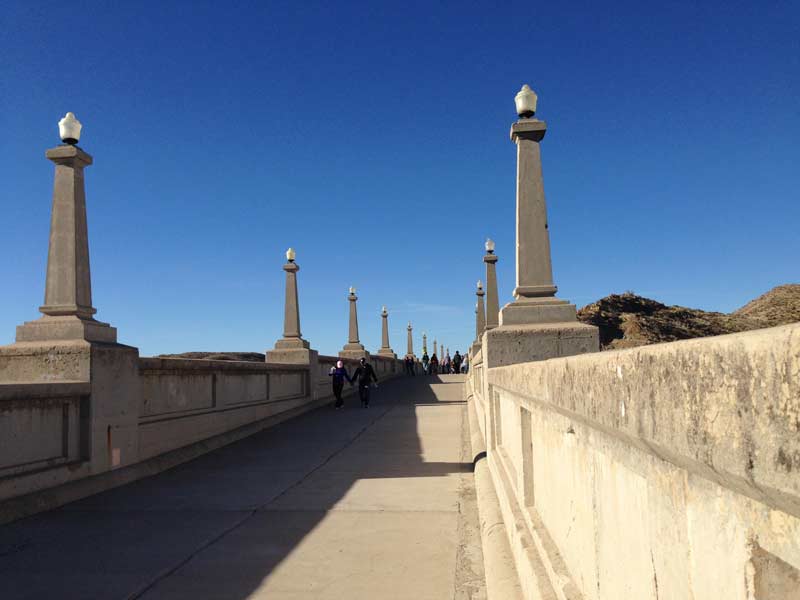 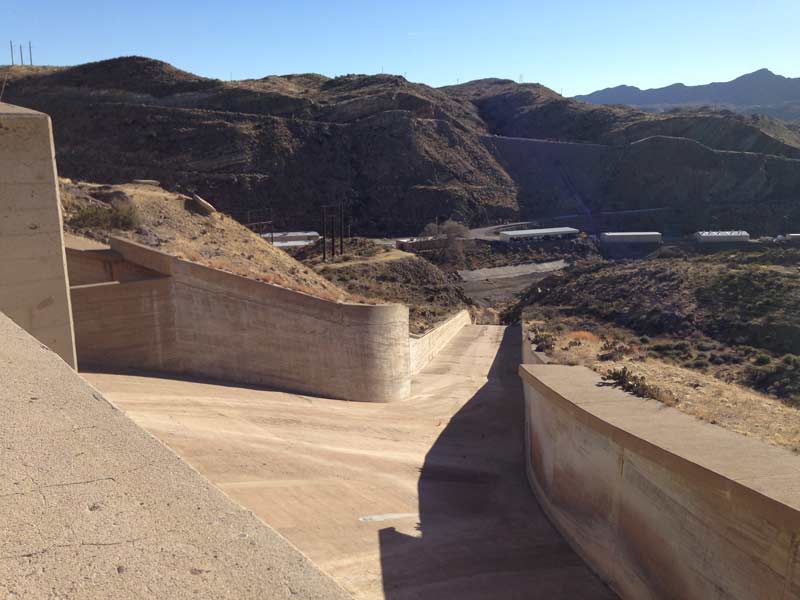 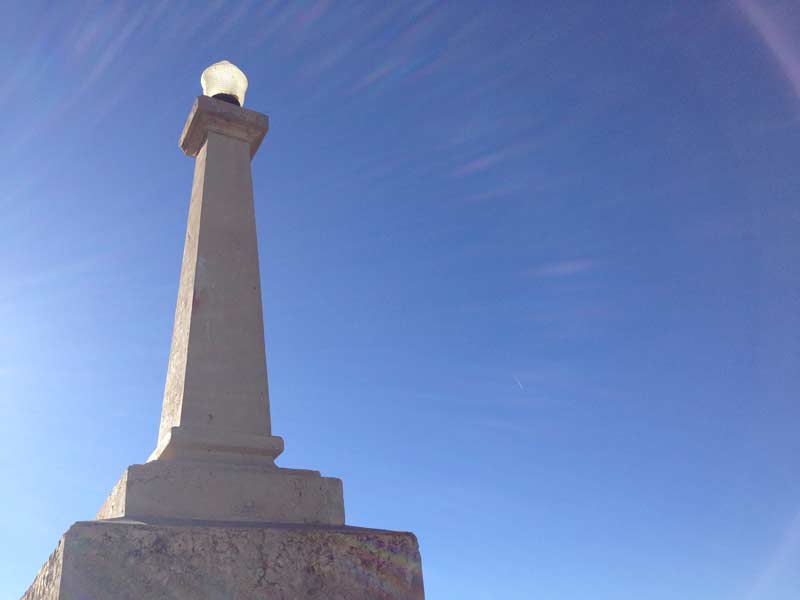 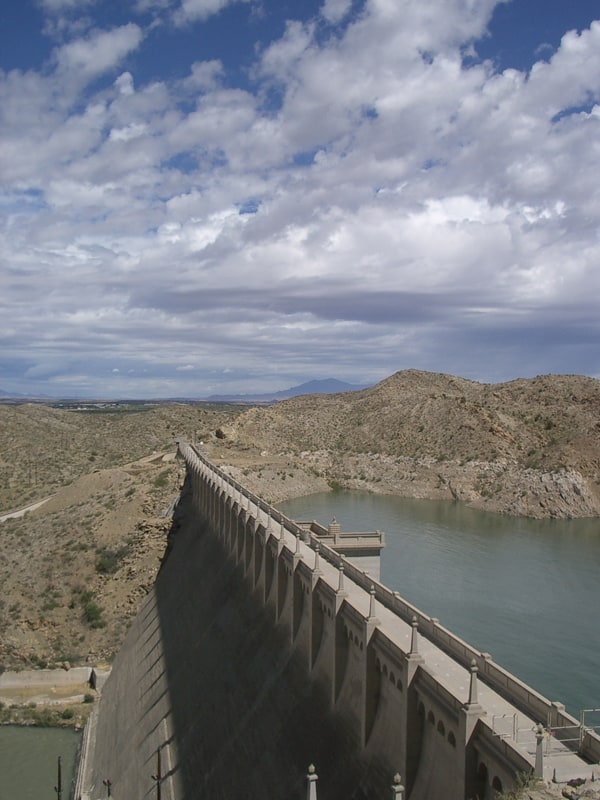 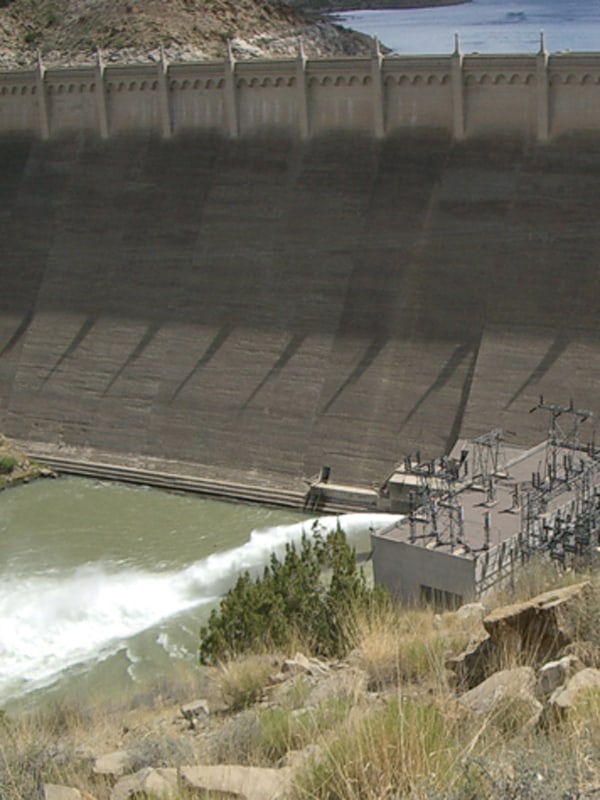 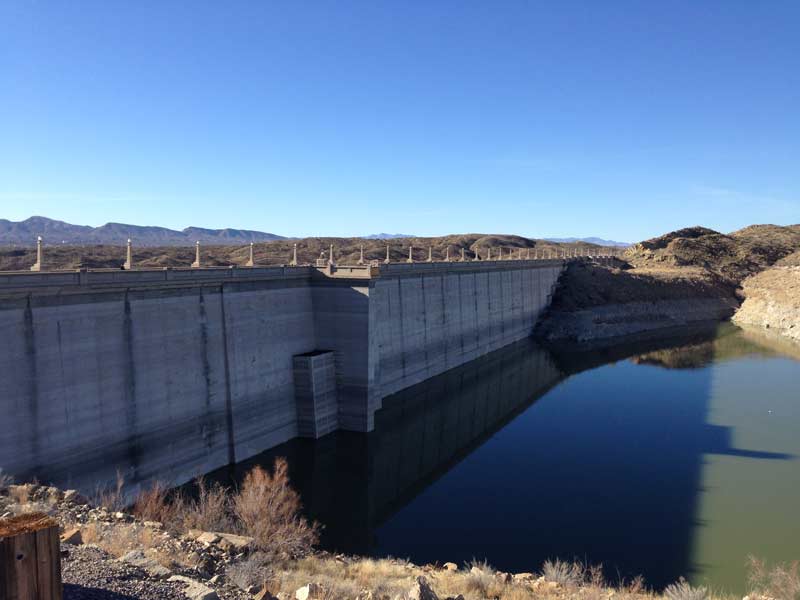