Whether you’re highly adventurous or a newbie, chances are good you’ve done it at Elephant Butte Lake State Park – by “it” we mean you’ve gotten your vehicle stuck in the sand and had to dig yourself out, or get someone to help you dig out.

It’s almost a rite of passage for newcomers to the area – drive to the lake, find you can easily take a cruise on the sand, and the next thing you know, you’re buried up to your wheel-wells.

For a group of good samaritans who were visiting the lake in June 2014 for a bachelor party, assisting a driver who’d gotten stuck led to an amazing discovery – the fossilized skull and tusks of a three million year-old Stegomastodon.

According to Antonio Gradillas, a member of the bachelor party: “As we are cruising by we see a large tusk, or what seemed to be the tusk, hanging out of the ground, about a good three to four inches out.” [source: KRQE News]

Can you believe it? This Stegomastadon fossil was right there, buried in the sand at the beach, all this time. Talk about putting the “elephant” in Elephant Butte.

(The name “Elephant Butte” is not derived from past animal inhabitants. Elephant Butte is named for the Butte itself, near Marina del Sur, which happens to resemble an elephant.) 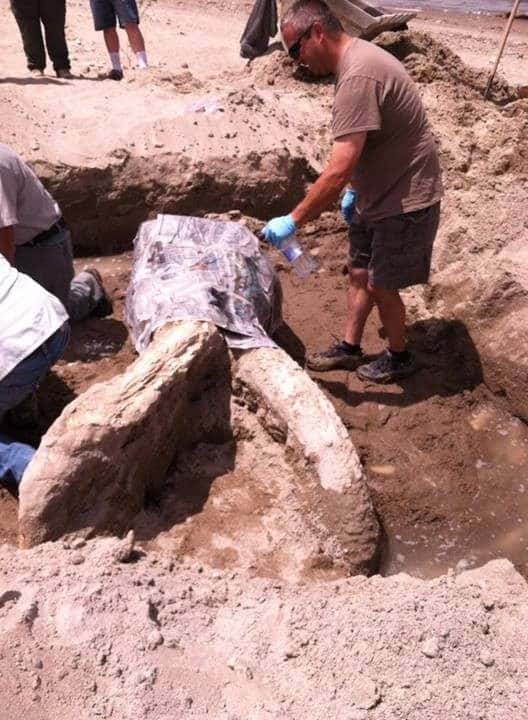 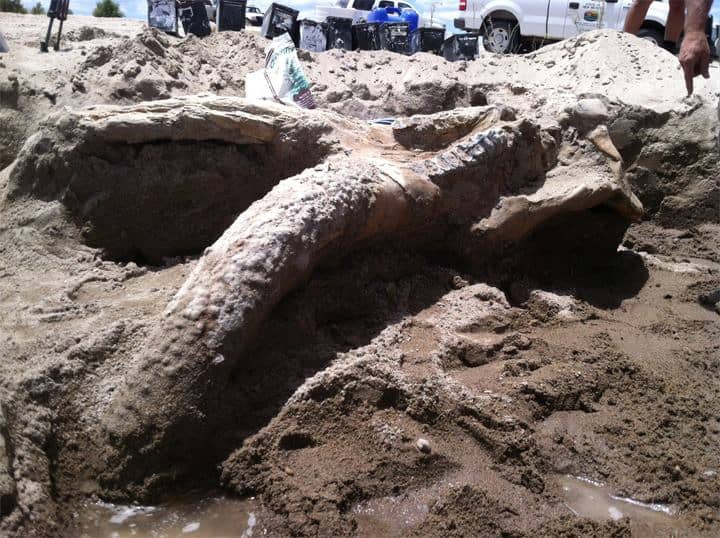 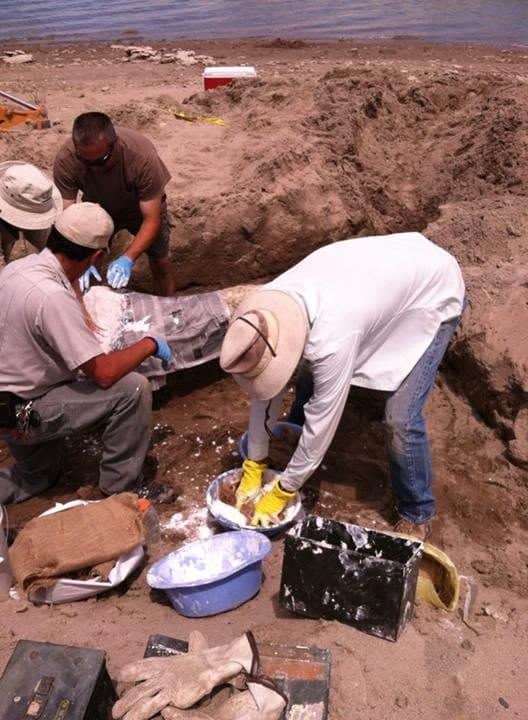 Here’s a fully assembled skeleton of a stegomastodon at the Smithsonian:

Also – this is not the first Stego skull found in Sierra County – another is on display at the Geronimo Springs Museum.

There’s a moral to this cool story: keep your eyes open! You never know what treasure or artifact could be lying nearby, just waiting for you to discover it.