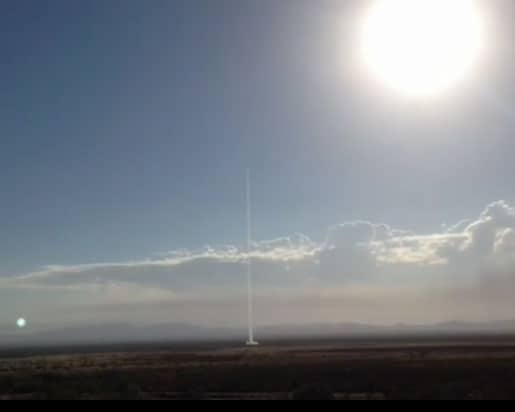 “Fine weather and on-time.” Jerry Larson of UP Aerospace described the most recent Spaceport America launch as a success all the way around.

UP Aerospace, out of Denver, launched its SpaceLoft-7 rocket at 7:57am on June 21. It carried several payloads, including at least 7 new technologies to be tested in zero gravity (results coming in about 4 months).  It was the first launch of student experiments sponsored by NASA’s Flight Opportunities Program.

Also on board: the ashes of former mayor of Hatch / Spaceport proponent Judd Nordyke, who died earlier this year.

UP Aerospace is under contract to provide commercial launch services to NASA. Their next launch, of SpaceLoft-8 (also for NASA) is scheduled for Oct. 9, 2013.