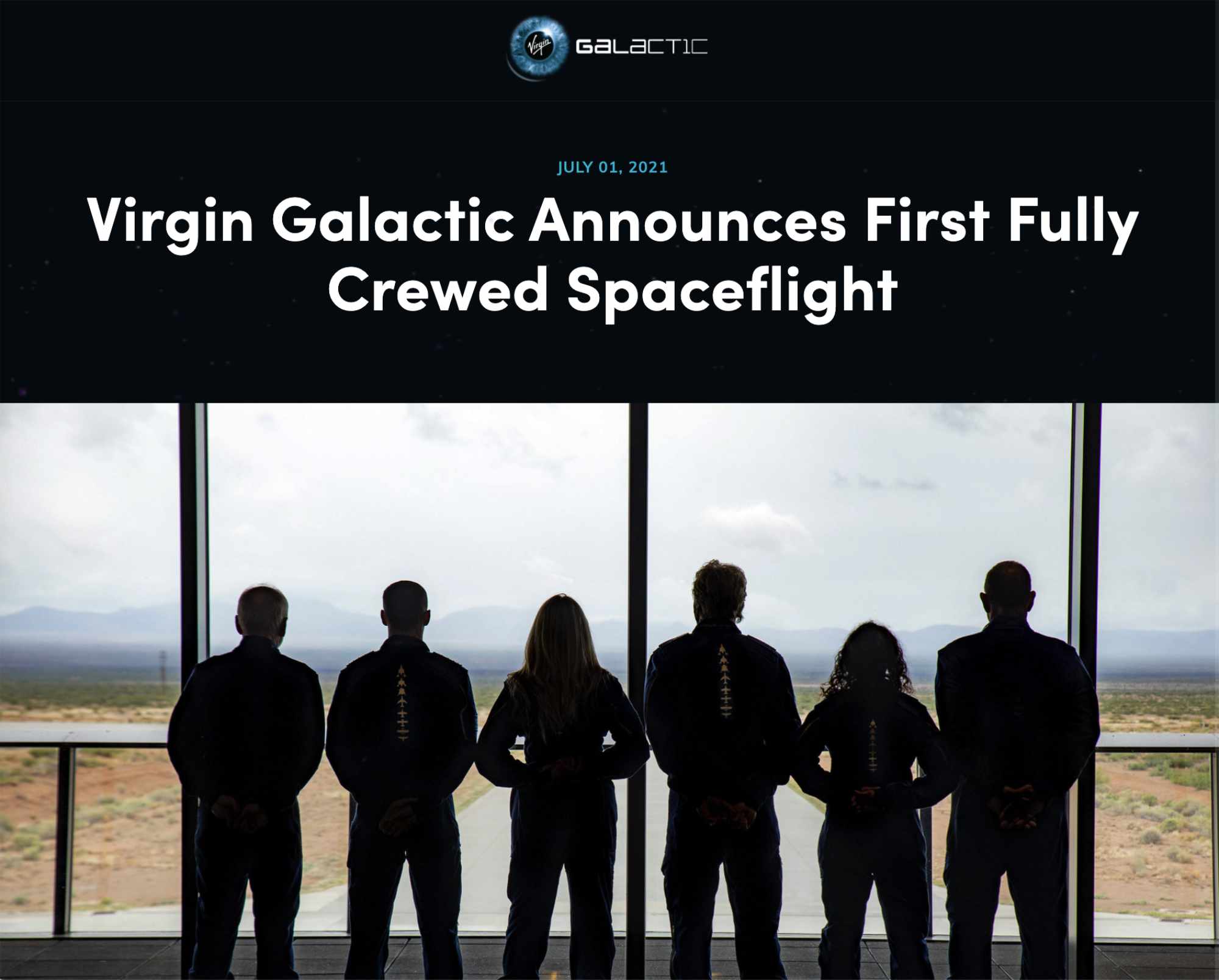 For the first time, Virgin Galactic will share a global livestream of spaceflight. Audiences around the world are invited to participate virtually in the Unity 22 test flight and see first-hand the extraordinary experience Virgin Galactic is creating for future astronauts. The livestream will be available to watch on VirginGalactic.com and will be simulcast on the Virgin Galactic Twitter, YouTube, and Facebook channels. It is expected to begin at 7:00 am MDT / 9:00 am EDT on the day of the flight.

The flight’s four mission specialists will be:

The pilots for this mission are Dave Mackay and Michael Masucci flying VSS Unity, and CJ Sturckow and Kelly Latimer flying VMS Eve.