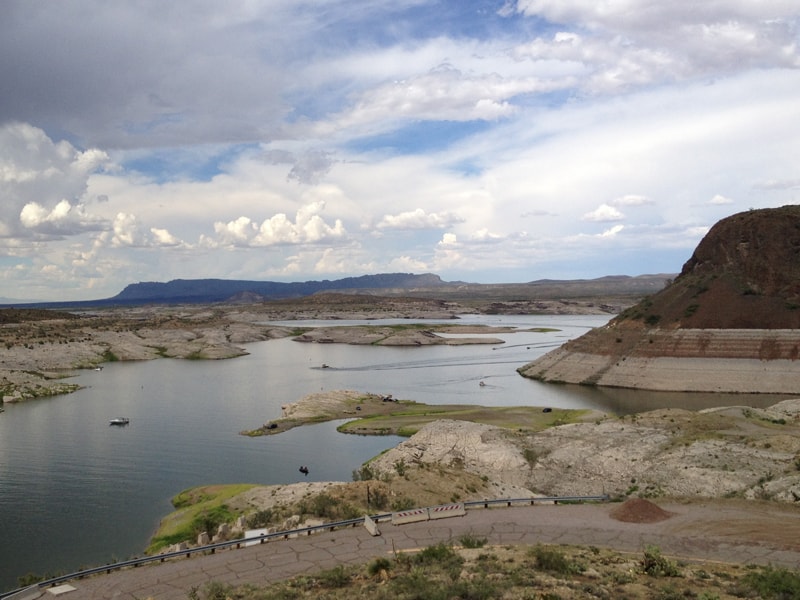 Sunday of Labor Day weekend 2013, we tripped over to Elephant Butte from Truth or Consequences, grabbed lunch to go from our favorite taco place on Highway 195, and bee-lined for Winding Roads Park above Elephant Butte Lake State Park‘s Dam Site. 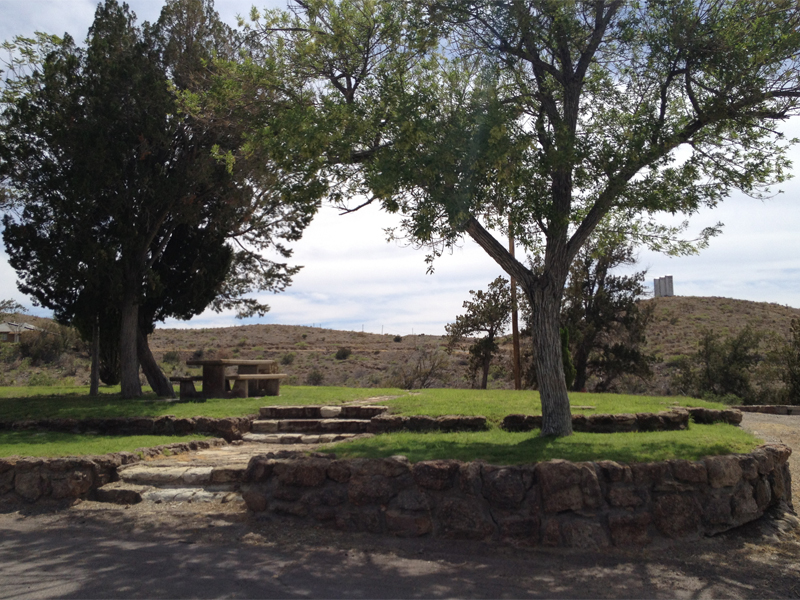 It’s so pretty there. There are stone terraces (pretty sure they were all built by the CCC) and plenty of benches for picnickers like us. Add a little grass, lots of shady trees, and a great view of the lake—what’s not to love?

There were a couple of other parties who’d arrived ahead of us, but the park’s big enough for a few groups to enjoy without much uncomfortable elbow rubbing.  And it might be a wonderful place for a wedding.

We claimed the lowest bench – it was clean and shade-covered, with views of the lake and of the Butte. There were puffy clouds in the sky, and an occasional light breeze.

Turkey vultures, crows, and an airplane tooled around overhead. Our photographer friend had his camera ready.  He tracked down some lizards too.

Perfect timing – after we’d finished our lunch, a storm rolled in. As the drops began to hit, we grabbed our belongings and relocated to the park’s large shelter so we wouldn’t get drenched. The metal roof, covering several park benches and tables, amplified the downpour, which lasted for about 20 minutes. 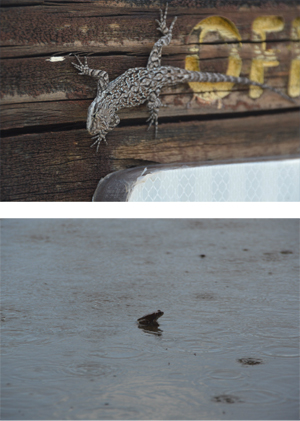 A teeny toad hopped up onto the concrete floor of the shelter, where a shallow pool of water had formed. Guess it was happy to have a drink or a swim, or maybe it was escaping its flooded toad hole.

We debated the appeal of reptiles vs. amphibians. Reptiles were voted “most adorable.” (Within ear shot of the amphibian – sorry, amphibian!) 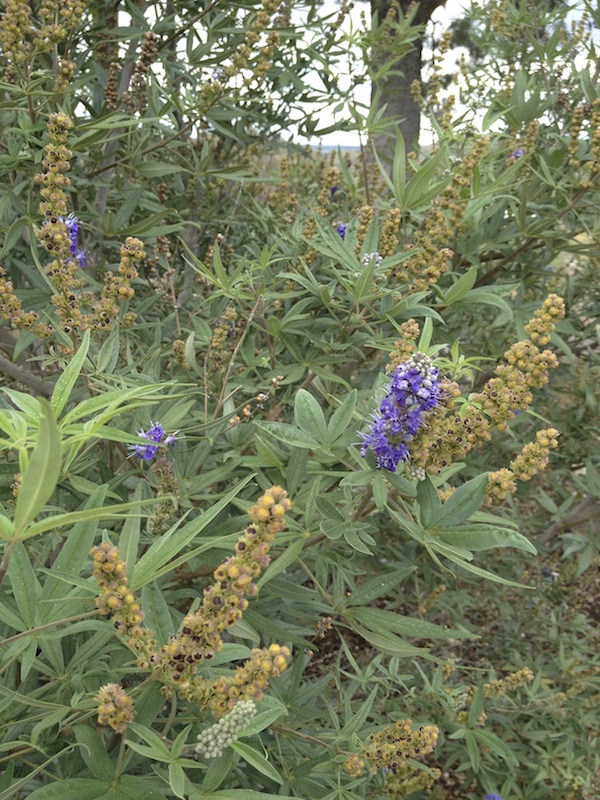 Once the rain was over, we left the shelter to explore the park a little more. A black butterfly, too quick to catch on film, flitted around a beautiful bush with purple blooms, which someone in our party identified as a “Chaste Tree.”

We left Winding Roads Park and drove over to the lookout point next to Elephant Butte Dam. A few people were there, watching the boats, surveying the view, and discussing lake levels, a popular activity around here.

A woman approached, said she was from Creede Colorado, reminded us that’s where the water comes from. My friend thanked her and then cajolingly asked her to please send a little more next year.

Conversation continued between the other folks. “Well, that’s looking awful low.” (Believe me, we hear that aaaaalllll the time. “It’s a mud hole compared to what it used to be.” “So sad.” “When I was here in 1999 it was all the way up to…” etc.)

Funny. We looked out at the water and we just saw people having fun. Tents. Boats. Jet-skis. Swimmers. Young daredevils jumping off a cliff into the water. Someone else had driven down to the old machine shop for some exploration on foot.

At some point you want to say to these complainers – is the lake half empty? Or is it half full?