Truth or Consequences Hot Springs News: Sprucing Up, Adding On, Branching Out 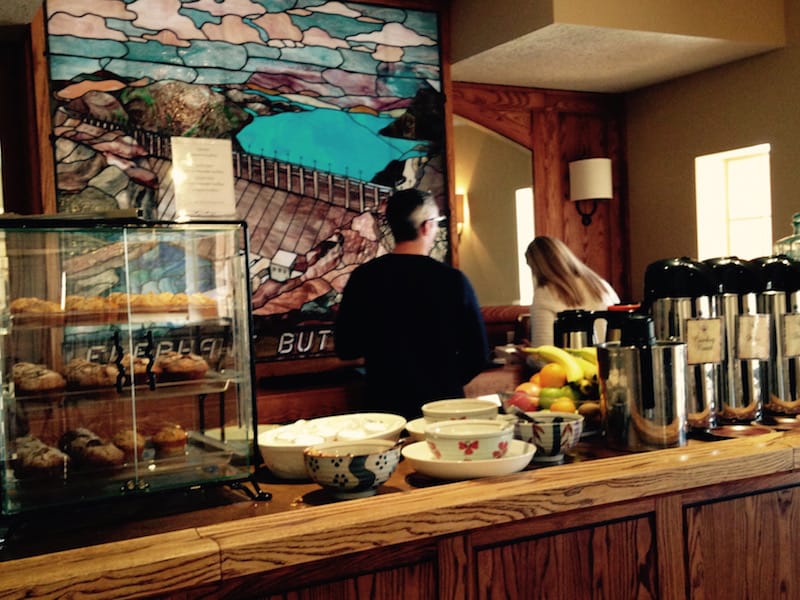 Blackstone Hotsprings (410 Austin)
—has added a new deluxe suite, The Adventures of Superman, bringing the total number of rooms that offer in-room baths up to 8 (Studio, Superman, Babaloo, Jetsons, Golden Girls, As The World Turns, Roy Rogers, and Twilight Zone).

The Adventures of Superman has a roomy mineral bath in a separate room, a sitting area, king-sized bedroom, lavatory with shower, 2 flat screen TVs, and all the other standard Blackstone amenities.

The Charles Motel (601 Broadway at Clancy)—is undergoing a “Golden Gate” end-to-end renovation—it’s a focus back on the past, as the neon signs are being refurbished and the building is being repainted colorfully, in the spirit of the ’40s, ’50s and ’60s eras of the historic hot springs district.

Fire Water Lodge (311 Broadway at Jones)
—has improved upon an already-guest-pleasing courtyard by adding flagstone throughout. Looks beautiful, right?

La Paloma Hot Springs & Spa (311 Marr at Pershing)
—has claimed another corner of their block by acquiring Hay-Yo-Kay (SW corner of Pershing & Austin), renaming it “La Paloma Too,” and opening it to soakers just before Thanksgiving 2014. More announcements will no doubt be forthcoming as they settle into their expanded digs. La Paloma isn’t just for lodging with soaks; massage, facials, pedicures, reflexology and tarot card readings are also available, and several yoga retreats are offered throughout the year, including this one in January 2015.

At Riverbend Hot Springs (100 Austin)
—where all private baths provide an open-air bathing experience right on the banks of the Rio Grande—the renovated Tierra bath has new lighting and a new overhead shower. And speaking of new lighting, the public and private pool areas are all aglow with beautiful new blue lighting. Some amazing photographs are coming out of Riverbend in “light” of this development.

—The Restaurant at Sierra Grande is opening onsite in early 2015; it will be open for breakfast, lunch and dinner seven days a week (beer and wine expected later this year).

Turner Enterprises President and CEO Taylor Glover, quoted in a press release from Turner Enterprises in Atlanta, said that Chef Tatsu Miyazaki will bring “a more well-rounded set of healthy meal options to our guests, and offer a variety of food items for those touring our two ranches in Southwest New Mexico.” (“Our two ranches” refers to the Ladder Ranch and the Armendaris Ranch, both of which are at least partly contained in Sierra County.  We look forward to hearing about – and sharing with y’all – info on those tours!)

Sierra Grande has full spa services, a gift shop, hot spring baths, and of course, lodging. King-sized beds have recently been reintroduced into some of the Lodge’s rooms.