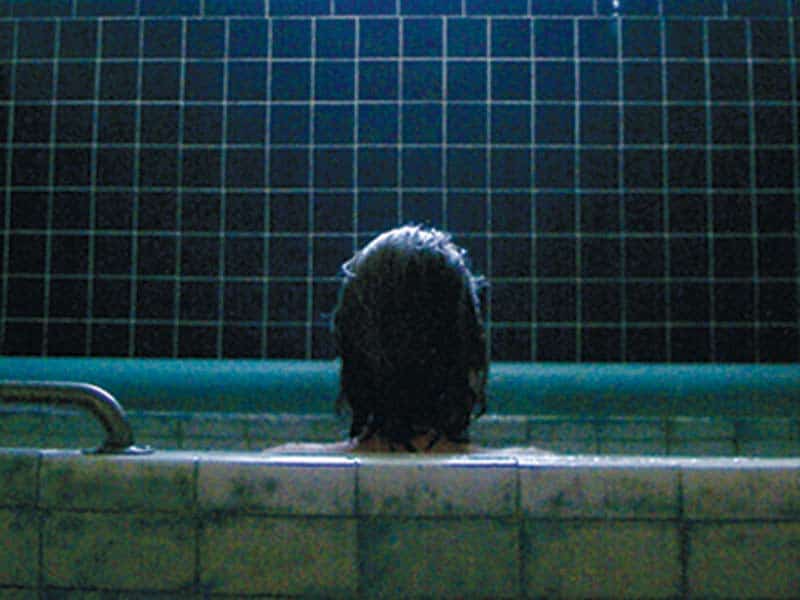 My plan is to hit the highly popular Riverbend but turns out that Thursday early afternoons are devoted to an intensive pool cleaning process. So – Plan B.

I haven’t been able to find the Artesian Mineral Baths open (I’ll never be able to forget the conflicting aspects of this name, by the way), but the Hay-Yo-Kay manager has assured me it’s keeping regular hours.

I head over to check it out. Finding the “closed for lunch” sign on the door, but feeling determined, I decide to run some errands downtown and  come back at 1pm. An older couple is getting out of their car when I pull up the second time, and we sit together on theater chairs under the shady portal, waiting for the doors to open. 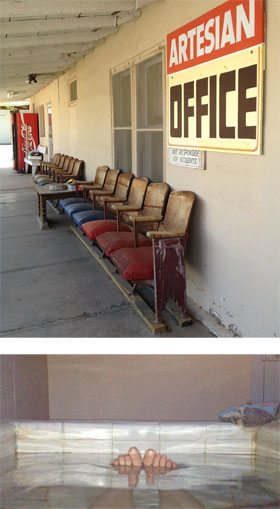 The couple is from Belen and she tells me they drive down occasionally, to treat specific problems but also just to soak out regular old aches and pains. They have never soaked anywhere but here at the Artesian. While we continue to wait, talk turns to other bathing options and I share a few phone photos of local spas.

They ooh and aah, but Mr. & Mrs. Belen are in their comfort zone at the Artesian and have no intention of giving up the ship. Me, I’m not so patient…we’ve passed the promised reopening hour…nevertheless about the time I’m ready to change plans again and head across the street to La Paloma, management drives up.

The Belens ask for a bath for two, I take a single.

You’re likely to love the Artesian if you’re into old-school experiences; there’s nothing new about this place, nothing refurbed, it’s vintage through-and-through. I think it kind of matches the town.

The darkened grout around the tiles tells me it’s been around a while, but the baths are clean and the water is hot. I’m particularly intrigued by the method of bath stoppering used here. A PVC pipe, a couple of feet long and three inches in diameter, is pushed into the (only slightly bigger) drain opening, pointing straight up. The water fills around it, and – if you let the water get high enough – overflow goes down the pipe and into the drain. Unconventional, simple, and I think rather ingenious!

Though my bath is pretty much me-sized, you can pay for a double (aka “family”) and have more room to move.

I feel energized afterward, maybe it’s a combination of projects sailing along the last few hours, and cumulative time spent in the hot baths.

But I flub it later by staying on the clock too late, and end up with a thudding headache at 10pm. Dammit! Feeling invincible doesn’t always work out so well.